Josh Muncey is a community guy, through and through. In fact, this Compass agent wants his team to be known as the local community brokers: “We know the streets in our neighborhood inside and out,” Josh says about Jamaica Plain, West Roxbury, and Roslindale, the core Boston neighborhoods his team serves.

Though Josh has been an agent since 2006, it wasn’t until 2011 that he moved to Jamaica Plain, and eventually joined a neighborhood office. “Once I got grounded in the local community I realized I wanted to double down, and that’s when the business really started growing,” Josh says of his team’s brand. Before focusing on those specific neighborhoods Josh was all over the place, “trying to be something to everybody, because I always had to do another deal—you know, just to grind it out.”

Becoming an expert in the neighborhood allowed Josh to provide value to his clients—“people knew that I had expertise,” he said. “I joined the zoning committee, which taught me a lot about development—like, how things happen in the neighborhood. I joined a board for a local nonprofits that builds affordable housing, and chaired their real estate committee. I volunteered and really just tried to integrate myself in the community.”

Josh’s team, The Muncey Group, is widely known for the community events they plan and sponsor—they bring the likes of Thor and Spider‑Man to the neighborhood main street for Halloween; they offer face painting at the weekly food truck festival, sponsor the Latin Quarter World’s Fair, little league teams, and the farmer’s market. “The cool thing is that we’d be there even if we weren’t sponsoring it. It’s like where all of our friends and our network are hanging out anyway. So it’s kind of fun to integrate our lives with our work in a fun way.”

With the loss of in-person events during the pandemic, Josh was concerned how his business would fair. “Like everybody else, we initially thought to budget 50% revenue on the year.” It’s then when Josh made two major moves that led to a very different outcome than he anticipated.

Though he’d long been curious about Compass, it wasn’t until the spring of 2020 that Josh decided to make the move. “Compass has the right tools for a virtual agent, and we haven’t really looked back,” he says. Not long after joining, Josh began contemplating his role as team leader, and the skills he needed to develop to grow his team during a changing time. This is when Josh and the Muncey Team made their second big move of 2020: they joined Chirag Shah Coaching.

“There are so many team leaders that don’t have management experience or knowledge, “ Josh says, counting himself among that group. “They’re really good at sales. But they have no idea that management is this entirely different body of work. And so that’s been something that I’ve had to learn a lot about.” Josh has spent a lot of time learning “to have effective conversations with team members, and coming to conversations with empathy and understanding.”

With all the work Josh put into working on his team, it’s no wonder that 2020 looked much differently than he anticipated. “We feel very lucky and fortunate that we’ve had a very good outcome this year. It’s been very busy, but I recognize that it’s not that way for all businesses.” To help, Josh joined the board of the local main streets organization to see how he and his team can support the local businesses that make Jamaica Plain the place he loves to live and work so much.

As for the future, Josh wants to continue honing his leadership skills, “it’s been an area I’ve really enjoyed growing in, and didn’t anticipate it.” The work he has done with leadership coaching offered Josh a new perspective: “My mindset has shifted. I realized that my success can be the end result of a team around me, all being very successful.” Forever the community guy, Josh Muncey knows that his success is connected to making sure those around him are thriving as well.

Want to be part of Josh’s community? Follow The Muncey Group at @munceygroup Meet Levi Meyer A top-producing South Florida agent, and the founder and president of the incredibly successful Meyer Group, Levi Meyer is an expert when Meet Beth Butler The Regional Director of Compass Development Marketing, and a 35 year real estate veteran, Beth Butler has made a name for herself Meet Tom Dunn A top real estate producer specializing in the sale of luxury properties in the Vail and Beaver Creek resort markets of Colorado, 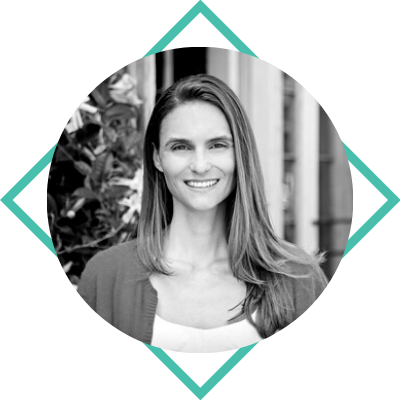 The first real estate deal Adrianna put together was unusual in several ways: she was only 17 years old; her parents were the listing agents; and (strangest of all for an agent) she did it for free! Since then, Adrianna has nurtured a lifelong passion for real estate, and learned the value of commissions! Wearing many hats throughout her career, Adrianna spent 20 years managing her own portfolio of real estate properties; 10 years as a licensed real estate agent; and the past four years working with Compass as a Senior Agent Experience Manager. It is in this last role that Adrianna has made her mark on the Compass brand and transformed the lives and businesses of Compass agents throughout the country.
Adrianna previously worked as a Senior Agent Experience Manager at Compass and has over 8,000 hours of training Compass agents on using the Compass platform, as well as honing their strengths and skills, to grow their businesses. Now, Adrianna is the Hamptons real estate market and transaction expert, founder of HamptonsMarketData.com, contributes a weekly market update column to Behind the Hedges and is the author of Hamptons Real Estate Showcase’s Market Watch feature.
Linkedin Facebook Instagram 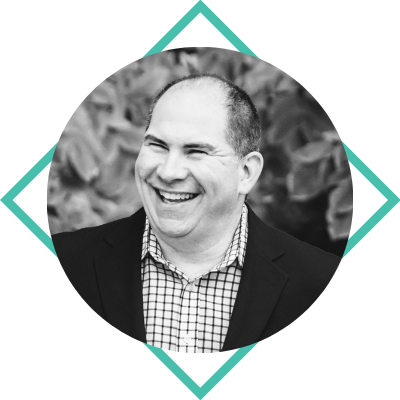 It’s fair to say that Ethan Leifer is something of a Compass fanatic. Ethan joined the Compass family in 2017 after being blown away by a combination of the firm’s incredible suite of tech tools and its obvious dedication to its agents. Ethan left the brokerage he was at, signed up with Compass, and hasn’t looked back since. But fresh starts are nothing new to Ethan. His first career was as a cantor singer in Jewish worship. But after falling in love with the real estate business, Ethan decided to radically switch gears, first making a stab at being a Long Island agent before finally settling down in Manhattan.
It’s in NYC where Ethan has truly made his mark, dominating the city’s luxury real estate market and presently leading one of Compass’s most successful agency teams. According to Ethan, the secrets to his success are as follows: relationship building; tremendous focus; and a certain type of chutzpah (he is a ‘cold calling’ master, after all). As one of our 360 Mastermind coaches, Ethan specializes in leading weekly role playing exercises with agents.
Linkedin Facebook Instagram 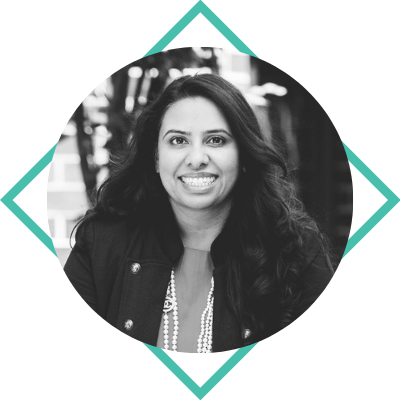 Compass agent Haneen Hayder began her real estate career in 2012, and quickly rose to the top 3% of all realtors in her brokerage nationwide and internationally. She attributes her success to excellent negotiation skills, which she considers her client’s biggest advantage.

Before becoming a realtor, Haneen earned a masters degree in Chemical Engineering, and gained international corporate experience in the field of engineering. With extensive access to off-market listings, Haneen offers buyers a multitude of avenues for achieving their real estate dreams. Her technical background is particularly advantageous in this market, helping her provide innovative and unique marketing strategies to engage potential buyers.
Haneen strives for unparalleled customer service and commitment to both buyers and sellers, giving her clients an extra edge in competitive markets. Haneen is renowned for her dedication, integrity, and first-class customer service in the Bay Area real estate market. No detail is overlooked utilizing her full-service sales approach, impact marketing campaigns, and powerful local, national, and global networks.
Linkedin Facebook Instagram 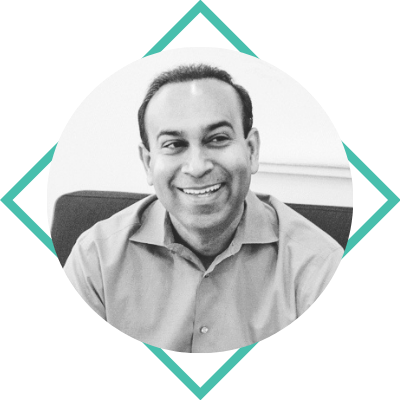 Amit Bhuta loves his job; his passion for Compass and Miami’s luxury real estate market is contagious—just ask any of his nearly 80,000 social media followers. As the leader of the All in Miami team, and a nearly 16 year industry veteran, Amit has a deep understanding of the sales, communication, and marketing skills it takes to succeed in this business. Brand-building and storytelling are Amit’s specialties; and as a coach, regular fixture on Workplace, and co-host of “Ask Me Anything,” Amit is committed to helping his fellow agents grow their own brands, and earn more money by doing things they really enjoy. His goal is to help each realtor love their jobs too.
Linkedin Facebook Instagram Twitter 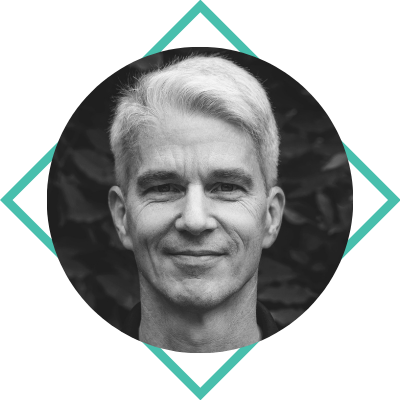 As the son of a Westchester real estate agent, David Severance was exposed to the world of sales at an early age. He witnessed first hand the dedication, grit, and relationship-building skills that go into the job. Around this time, David also developed an interest in psychology, specifically the way our perceptions influence our choices and outcomes. When he eventually moved to Japan during college, David really started thinking about many of his own beliefs about relating to others and the makings of a life well-lived. David believes that success comes from our ability to profoundly connect with and influence those around us.
For 15 years David rose through the ranks of one of the world’s biggest airlines, where he applied his psychology background to studying what makes teams effective and how they get derailed. His work inspired international companies to find new ways of working together, both internally and publicly.

In 2005 David became a certified coach and started working with leaders in Fortune 500 companies, where he’s been at the cutting edge of leadership theory and practice. Now David brings his expertise to small teams and startups, and teaches leaders how to relate more effectively with teammates and clients.

As a coach at CSC, David runs our Leadership Mastery program, as well as leading GCI Accelerator sessions each week and working with individual clients. He looks forward to working with agents who want to grow as team leaders and find more fulfillment in their lives and jobs.
Linkedin Facebook 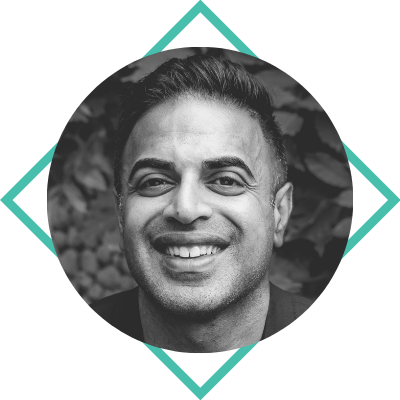 By working with Chirag Shah you can expect effective, results-driven coaching, or as one of his clients said, “you can learn more from three months with Chirag than you can in three years on your own.” Whether it’s creating systems, structures, and processes that help you grow your business; building out your team, or learning to enforce healthy work/life boundaries, Chirag wants to help you bring your vision for your future to life. As a life-long learner, people-person, and curious problem-solver, Chirag has been a student of real estate coaching since he got his realtor’s license in 2007.

In fact, Chirag is a self-described ‘real estate training seminars obsessive,’ because he loves innovating ways to help agents maximize their potential.

Chirag’s drive to inspire transformation in his colleagues made him a natural fit for Compass’s Director of Coaching and Training, a position he held for two years. While at Compass, Chirag spent over 5,000 hours training Compass agents; he created Pitching Compass, which became the gold standard for agents’ pitches, and developed both regional and national trainings that helped share Compass’s value proposition—and not just what Compass does, but how they do it.

“The How” is big for Chirag, who believes if you’re going to tell someone to do something, you need to give them steps on how to do it. This coaching philosophy guides the work he does with his clients, which include teams and agents that are featured in Real Trends Top 100 lists, and rank amongst the top 1% of realtors in the country. Chirag spends time understanding what is most important to each individual, the direction they want to take their businesses and lives, and then he creates a custom roadmap, with step-by-step processes to help get them there.
Linkedin Instagram Facebook